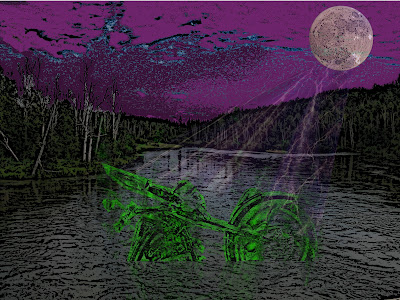 The best example of the motorcycle that refused to stay dead is Indian.   Numerous parties have  to revived Indian from the day the final clod of dirt landed on the company casket.  The Indian sold today is a moto  Frankenstein monster, cobbled together with bits of this and that, including a fake Harley Davidson motor made by S&S.  When the real Indian motocycle (not a typo) went under in 1953, its famous name was  bought, sold, stolen, fought over,  by scammers and a few mad financiers who believed they could breathe life into the dead brand.  This past year, Polaris, the maker of the so far semi successful Victory brand of motorcycles have taken over the Indian name, which might be its best chance yet.

Norton stopped large scale motorcycle production in 1976, but they never actually died.  Chopped up by an evil owner, like a starfish, each part was still alive, a parts factory, a development works, a famous name for selling T shirts, an american who kept improving the Commando to the point that he built a brand new motorcycle.  More money and all the parts have been brought together and Norton is once more selling bikes.

Triumph is the succubus of motorcycling.  Experiencing several near deaths since the first Triumph hit the cobblestones in 1902, Triumph motorcycles were consistently rescued from a sinking corporate ship wreck to live on while each  rescuer (except the most recent) went bankrupt.   Rescuscitated by Ariel, BSA, Norton Villiers, a workers cooperative who refused to go home when their factory was supposed to be closed, and a parts vendor who built a few bikes a year from left overs, Triumph staggered through the 80's and 90's while a new owner built a new factory.   Today Triumph is back on track as major European builder of motorcycles, claiming to be the oldest brand in continuous production, a spurious claim given that the new bike that only inherited a name, which was probably a good thing.

Excelsiors and Hendersons were long forgotten, having built their last motorcycles in 1930, but like a ghost or the Loch Ness Monster, they re-appeared briefly in the late 1990's, in an attempt to cash in on the lucrative made in USA cruiser bike market. They ran out of cash, but not before building about 5,000 Super X cruisers before disappearing into the mist once more.

Royal Enfield  "built like a gun", went under in 1970.  But back in the 1950's RE  spawned (licensed actually, but cut me some slack here) a factory in India.  Zombie like the factory continued to build the same 1953 Bullet 350 and 500 cc motorcycles as the decades ticked past the swinging sixties, whatever the seventies were supposed to be, the 80's, 90's, no fear of Y2K digital collapse here, the immortal Bullet was the choice of Indian military, police, and the rider with a few extra bucks who wanted to rise above the horde of developing world tiddlers available to the Indian ridership.  As India was still running steam locomotives and bullock carts were a common road hazard,  a 1950's Bullet  was no anachronism in their Indian home.  The India bikes, named Enfields, presumably the Royal was unwanted given Indian independence from the British Raj, but with the rising interest in vintage motorcycles,  the Royal name was bought and went on the India tank, along with the opportunity for enthusiasts worldwide to buy what every bike collector dreams of finding, a brand new, never ridden, still in the crate, vintage motorcycle.  A new redesigned Bullet has lost a bit of vintage authenticity, with modernisms like EFI, disc brakes and electric starting, but like their North American doppelganger Harley Davidson, the look and feel of the ancient Bullet has been kept.  Interestingly, if Triumph can claim to be the oldest marque in production by virtue of having purchased the name, they will have to step aside for Royal Enfield, who supposedly sold their first machine in 1899 and have a much stronger claim for continuous production.

The MV Agusta motorcycle were a sideline for the Italian Agusta helicopter company, mostly because owner Count Agusta, liked bikes.  The most famous MVs were Grand Prix racers, the last four strokes to succeed in GP before two strokes made four strokes uncompetitive in the late 1960's (until moto GP banned two strokes).  Agusta also built high quality premium priced road bikes to finance their racing team.   When the count died,  the company lost interest.  The MV Agusta name was sold and resold to a series of owners including even Harley Davidson.  The body-snatched MVs are as exotic and expensive as the originals ever were, but lacking the creds of GP racing.

Benelli was an Italian motorcycle maker that thrived under government import restrictions in the 1950's but fell on hard times in the late 1960's, when the Japanese responded by building bikes in Italy and the government eased up on import restrictions.  Benelli tried a few things, including being the first motorcycle manufacturer to make a production six cylinder motorcycle, ironically a reverse engineered Honda 500 four with two more cylinders.   The Benelli Sei did not save the company from bankruptcy,  the name was sold to a Chinese motorcycle company, who some fear will hide their oriental products behind the Benelli name.  So far the Benelli name has only re-appeared on made in Italy exotics.

The reason for all this is nostalgia.  Motorcycles are more than transportation, they are fashion accessories and retro is in.  In the 1970's motorcyclists mostly laughed at archaic Harley Davidson moto dinosaurs.  Today Harley Davidson and their shareholders are doing the laughing.   One wonders how many of the optimists who hope they can buy  instant heritage by moto grave robbing will be as merry.
Zombie motorcycles

Popular posts from this blog

A tale of two XTs

Over the years I have almost always had more than one motorcycle at a time, but never really had a collection.  Collecting stuff has a lot in common with activities like recreational drug use or gambling, it can be fun, but watch you don't get hooked.  In my case the wake up call arrives when I can't get into the garage anymore, and then it's 'everything must go!' until the garage is empty.  After which, like coat hangers in a closet, a bike creeps into a corner, and another and another. The collecting bug does not discriminate, people collect all kinds of shit, from buttons to military tanks. I never saw my random moto acquisition binges as an investment, I was mostly sucked into buying old bangers through the motorcycle price-age curve, a tool used by economists to study the demand for rusty old crap. As you can see in the graph below, the actual selling price of a motorcycle descends very swiftly the moment it leaves the showroom, mostly because the dealer
Read more

Alberta's Forestry Trunk Road (FTR) is the mini golf version of the Bolivian death road, the drops are just meters, not thousands of meters, no macho speeding bus drivers on the FTR,  but watch for the macho speeding pickup truck drivers. The Forestry Trunk Road is nearly as challenging as its (very) distant Bolivian cousin, but the penalty for errors is much lower.  Best of all, a ride on the FTR is only an hour or two from Alberta's major urban centers, not the 15,000 or so kilometers to Bolivia.  Alberta adventurers can ride the FTR and sleep in their own bed.  Or not, from end to end the FTR is over 1,000 kilometers of mostly gravel from Coleman to Grande Prairie, with plenty of campgrounds and nearby motels.   Much of the Forestry Trunk Road is unpaved, some bits are 'unimproved' meaning little if any road maintenance, especially in Winter.  Paved are the 60 km Kananaskis Highway, between Peter Lougheed  Park to Highway 1 (The Trans Canada Highway), and 350
Read more 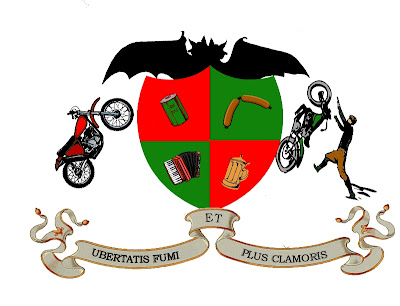 Collecting stuff is a disease for which there is no cure.  Motorcycles are a favorite collectible,  they don't take a lot of room compared to say, military tanks or airplanes , but they do need more space than stamps or buttons .  Whatever, if you have a garage, you have room for a few bikes. If you are going to be serious about collecting, you need a theme.  You can't just randomly collect stuff you come across, you need to apply discipline lest you be confused for a hoarder.  I have pretty much always had a bike collection.  I used to collect British bikes when they were practically giving them away in the late 1970's.   For quite a while I concentrated on 1985 Yamahas, great bikes that had bottomed out resale-wise when I got them.    My first bike I think I paid 50 bucks for.  It had been stripped of most of its parts, but it still ran, but not for long. See the  theme here - they were all cheap cheap cheap. That first bike was an early 60's 125 cc CZ made i
Read more